Posted on 16 August 2012 by canberraguitar 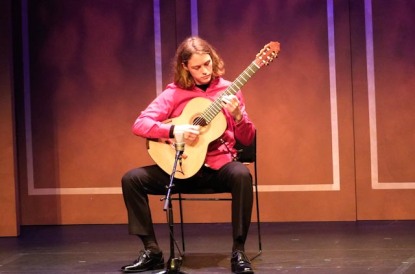 The 21 year-old former Adelaide University Elder Conservatorium of Music student who is mentored by esteemed guitarist and teacher Timothy Kain, was a worthy victor winning the coveted first prize including $10,000 in prize money and a guitar made by revered maker Jim Redgate valued at $16,000. The prize is made possible by the generosity of the Adelaide Festival Centre Foundation and Jim Redgate Guitars. It is supported by Marsh Australia. 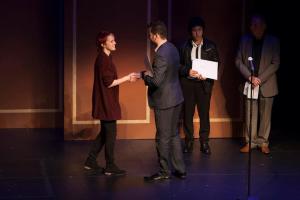 The second place finisher, Stephanie Jones,is also a student of Timothy Kain at ANU School of Music.  Originally from Perth, Stephanie out-performed the other finalists from Australia, China, France, Germany and Thailand.  Second prize was $4,000.

More information about the festival is at the festival’s website.  Held every two years, the next one is planned for July 2014.